Web 3.0 is a new thing for many Pakistanis and they still do not understand this technology. But with online study and information, they will understand about Web 3.0. What is the future of Web 3.0?

The term web 3.0 is The internet is undoubtedly the most significant technological development in human history.

Although the business has progressed significantly since its inception, it now resembles the automobile industry in 1920, in that it is a game-changing technology that has been around for 20 years but is still immature and in need of big upgrades.

According to Tim Berners-Lee’s internet, was supposed to be “a collaborative medium, a space where we could all come together to read and contribute.” AOL, Compuserve, early Yahoo, and other portals quickly dominated an interconnected computer system created for scientists to share studies. These online service providers paved the stage for Web 1.0, when companies, individuals, and governments began to consume and occasionally provide content. The browser wars began when Netscape launched its web browser in 1994, sparking the dot-com boom.

Unlike Web 1.0, where “content creators were few… with the vast majority of users simply acting as consumers of content,” Web 2.0 introduced the “‘Web as Platform,’ where software applications are built on the Web rather than on the desktop,” according to Graham Cormode and Balachander Krishnamurthy “according to Tim O’Reilly and John Battelle.

This allowed a large number of people to contribute to the creation of the material on social networks, blogs, sharing sites, and other platforms. The media, advertising, and retail industries have all been impacted by search engines and social media platforms powered by user-generated content. As a result, big retail and publishing enterprises that failed to adapt have vanished or are struggling to survive.

The economic model of Web 2.0 is based on user interaction in order to generate new content and profile data that can then be sold to third parties for marketing purposes. Indeed, the internet has evolved into a large app market, dominated by centralized apps from Google, Facebook, and Amazon, where everyone is attempting to cultivate an audience, collect data and monetize that data via targeted advertising. Web 2.0’s business model, in my opinion, is predicated on the centralization and exploitation of data, as well as its usage without users’ meaningful consent.

The Semantic Web was predicted to be the next generation of the internet five years ago. Berners-Lee coined the phrase to envision a web in which machines interpret content in a human-like manner (i.e., a “Global Brain” in which all data is related and comprehended both contextually and conceptually).

For a variety of reasons, the Semantic Web did not materialize. The main issue was that the true AI technology, known as RDF (resource description framework), was nearly impossible to put into practice. How can a machine distinguish between a jaguar (the animal) and a Jaguar (the automobile)? Understanding the context in which it is being explained is the only way to tell the difference.

The effort of connecting concepts and creating taxonomies for each word is enormously challenging. It was so complex that, despite IBM’s Watson investing billions in research and development, the technology never really took off.

Web 3.0 is, in many aspects, a return to Berners-original Lee’s web, where “no permission from a central authority is required to post anything… there is no central controlling node, and thus no single point of failure… and no “death switch”!”

Data decentralization will be enabled by the advent of technologies such as distributed ledgers and blockchain storage, which will replace Web 2.0’s centralization, surveillance, and exploitative advertising with a transparent and secure environment. Individuals will be able to legally control their data thanks to decentralized infrastructure and application platforms that will displace centralized tech companies.

Indeed, data ownership and compensation is one of the most important implications of decentralization and blockchain technology. I believe the web will represent its original intent as we move toward Web 3.0 and the technology that supports it mature and become scalable.

Berners-Lee could not have predicted that internet behemoths would come to control the web and profit from our data. Chronic interruptions, which have become the standard in Web 2.0, will vanish when decentralization allows for transparent, opt-in, peer-to-peer connections, allowing people to take control of their valuable time. 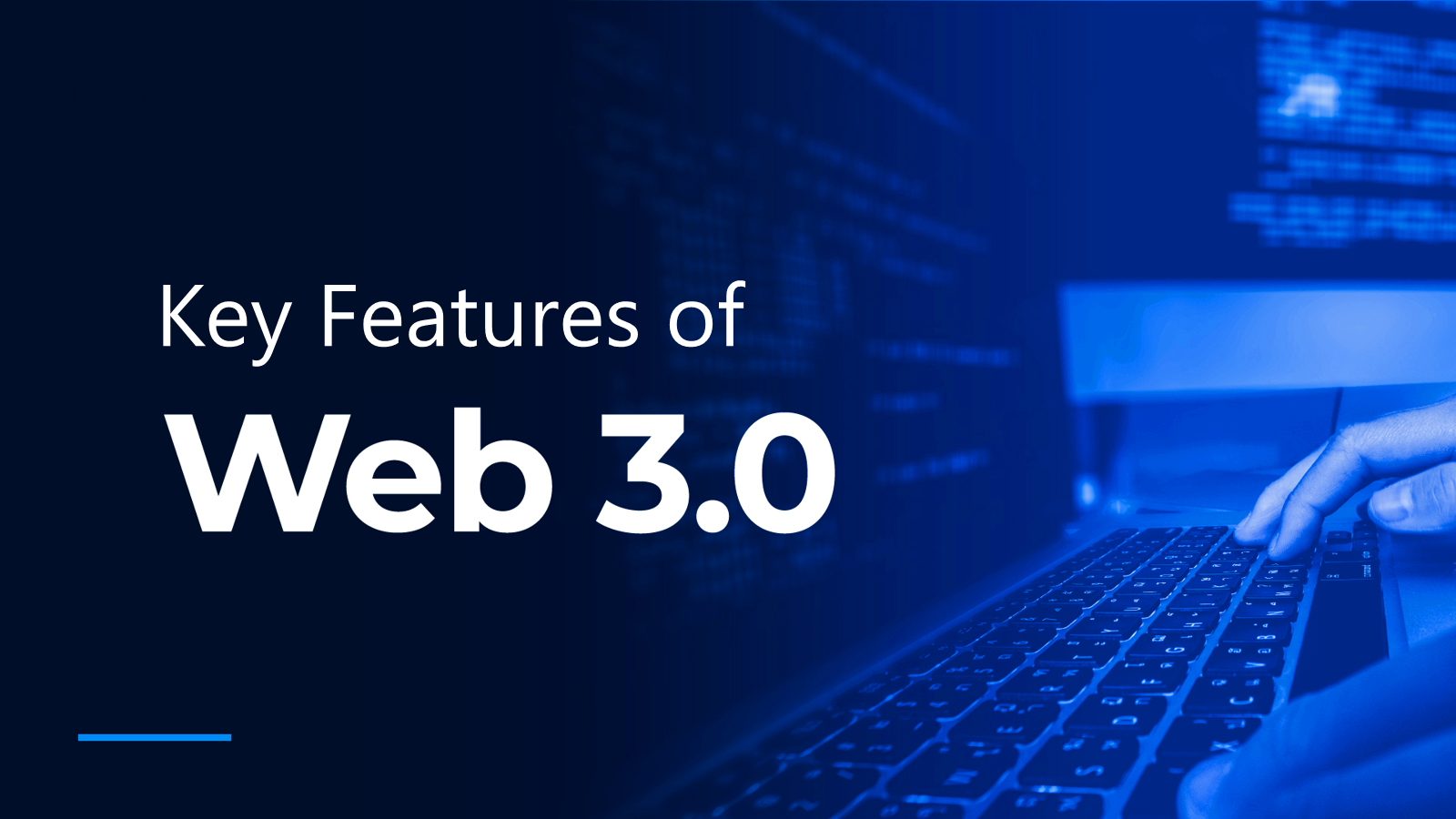 We need to look at the four essential elements of Web 3.0 to truly comprehend the next stage of the internet:

Being or having the ability to be everywhere, especially at the same time, is referred to as ubiquity. To put it another way, omnipresent. In this sense, Web 2.0 is already ubiquitous since, for example, a Facebook user may instantaneously capture and post an image, which then becomes ubiquitous because it is accessible to anybody, regardless of location, as long as they have access to the social media platform.

Web 3.0 simply takes this a step further by making the internet available to anybody, at any time, everywhere. Because IoT (Internet of Things) technology will bring forth a plethora of new sorts of smart gadgets, internet-connected devices will no longer be concentrated on PCs and smartphones as they were in Web 2.0.

The study of the link between words is known as semantic(s). According to Berners-Lee, the Semantic Web allows computers to evaluate large amounts of data from the Web, such as content, transactions, and links between people. What would this look like in practice? Take these two statements as an example:

Their syntax may differ, but their semantics are essentially the same because semantics solely deals with the content’s meaning or emotion.

By analyzing data and applying semantics to the Web, machines will be able to decode meaning and emotions. As a result of the improved data connectivity, internet users will enjoy a better experience.

Web 3.0 machines are clever because they can read and comprehend the meaning and emotions expressed by a set of data. Despite the fact that Web 2.0 has similar capabilities, it is still primarily human-based, which allows for corrupt behaviors such as biased product evaluations, rigged ratings, and so on.

For example, internet review services such as Trustpilot allow customers to leave feedback on any product or service. Unfortunately, a business may easily hire a huge group of people to write great evaluations for its deserving items. As a result, in order to deliver accurate data, the internet need AI to learn how to separate the genuine from the fraudulent.

Following the Gamespot trading incident, Google’s AI system recently erased roughly 100,000 negative ratings of the Robinhood app from the Play Store after it spotted efforts at rating manipulation meant to intentionally downvote the app. This is AI in action, which will soon be integrated into Internet 3.0, allowing blogs and other online platforms to sift through data and personalize it to the preferences of individual users. AI will eventually be able to present people with the best filtered and impartial info available as technology improves.

Web 3.0 is also known as the Spatial Web by some futurists because it intends to blur the border between the real and the digital by revolutionizing graphics technology and bringing three-dimensional (3D) virtual worlds into sharp relief.

3D graphics, unlike their 2D counterparts, provide a new degree of immersion not just in futuristic gaming applications like Decentraland, but also in other industries such as real estate, health, e-commerce, and many others. 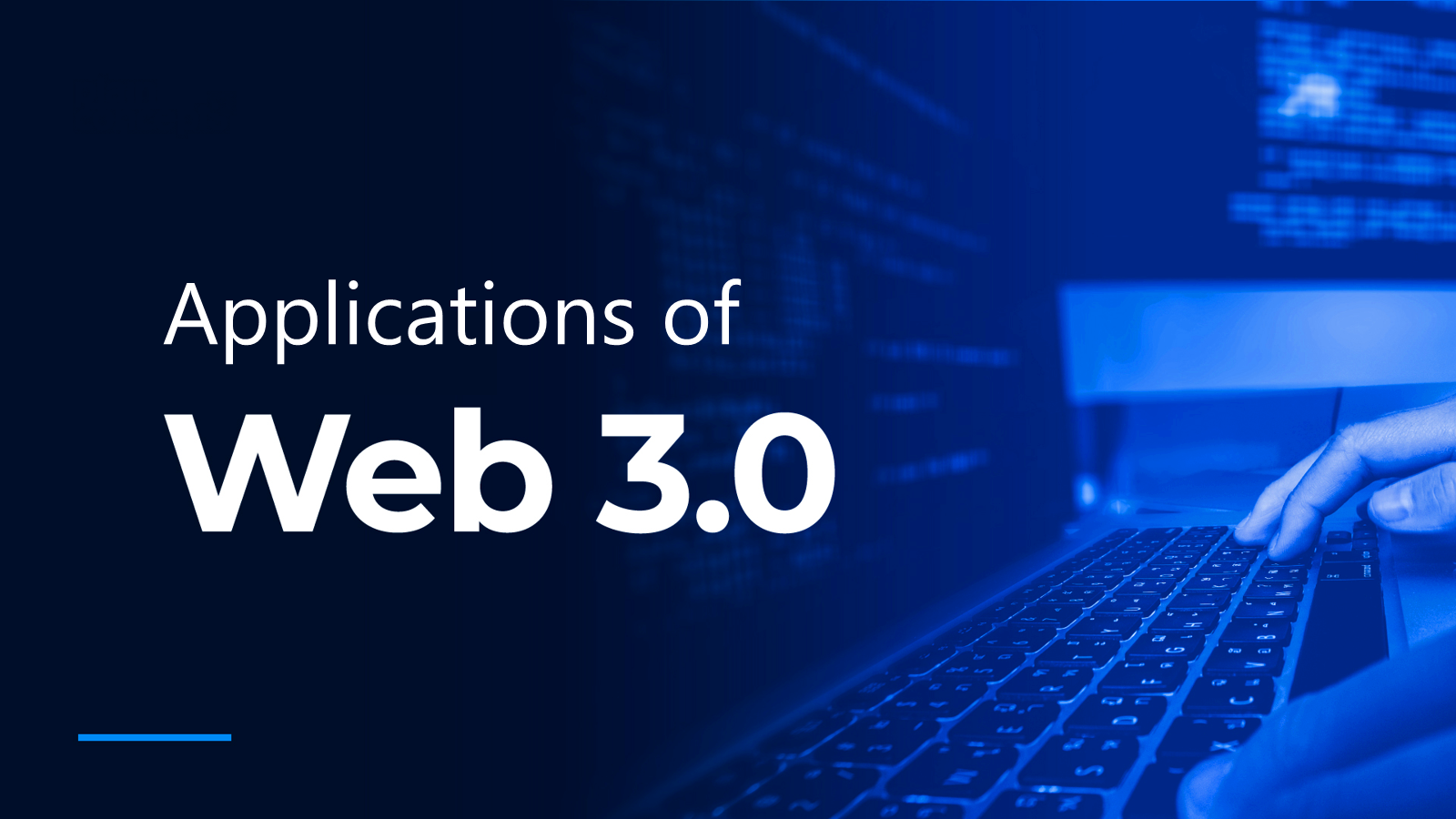 The ability to digest enormous amounts of data and turn it into factual knowledge and meaningful operations for users is a common necessity for a Web 3.0 application. With that said, these applications are still in their early phases, which means they have a lot of opportunity for improvement and are a far way from how Web 3.0 apps might work.

Amazon, Apple, and Google are among the corporations that are developing or existing goods that are being transformed into Internet 3.0 apps. Siri and Wolfram Alpha are two applications that make use of Web 3.0 features.

Since its debut in the iPhone 4S model, Apple’s voice-controlled AI assistant has become more sophisticated and has increased its capabilities. Siri is able to perform complicated and personalized requests using speech recognition and artificial intelligence.

Siri and other AI assistants such as Amazon’s Alexa and Samsung’s Bixby can now understand requests like “where is the nearest burger place” or “make an appointment with Sasha Marshall at 8:00 a.m. tomorrow” and respond with the appropriate information or action.

Wolfram Alpha is a “computational knowledge engine” that, unlike search engines, answers your inquiries directly through computation rather than providing a list of websites. If you want to see the difference between England and Brazil, search “england vs brazil” on Wolfram Alpha and Google.

Because “football” is the most popular search, Google returns World Cup results even if you don’t include “football” as a keyword. In contrast, Alpha would provide you with a full comparison of the two countries, as you requested. That is the primary distinction between Web 2.0 and 3.0.

To summarize, Web 3.0 will make the internet more equitable by allowing individuals to be sovereign. True sovereignty entails controlling one’s time and knowledge and being able to control who profits from it. Individuals will be able to connect to an internet where they can own and be properly compensated for their time and data, eclipsing an exploitative and unjust web where giant, centralized repositories are the only ones who own and profit from it, thanks to Web 3.0’s decentralized blockchain protocol.

Apple’s First cellular modem with Qualcomm is Debuting in 2023, According to Reports

What is a Deepfake Technology and How Can We Prevent Deepfakes?

How to Focus on the Customer Experience to Build Your Software

Apple’s First cellular modem with Qualcomm is Debuting in 2023, According to…

Best Jobs for Digital Marketers in the Metaverse

What is a Deepfake Technology and How Can We Prevent…

How to Focus on the Customer Experience to Build Your…