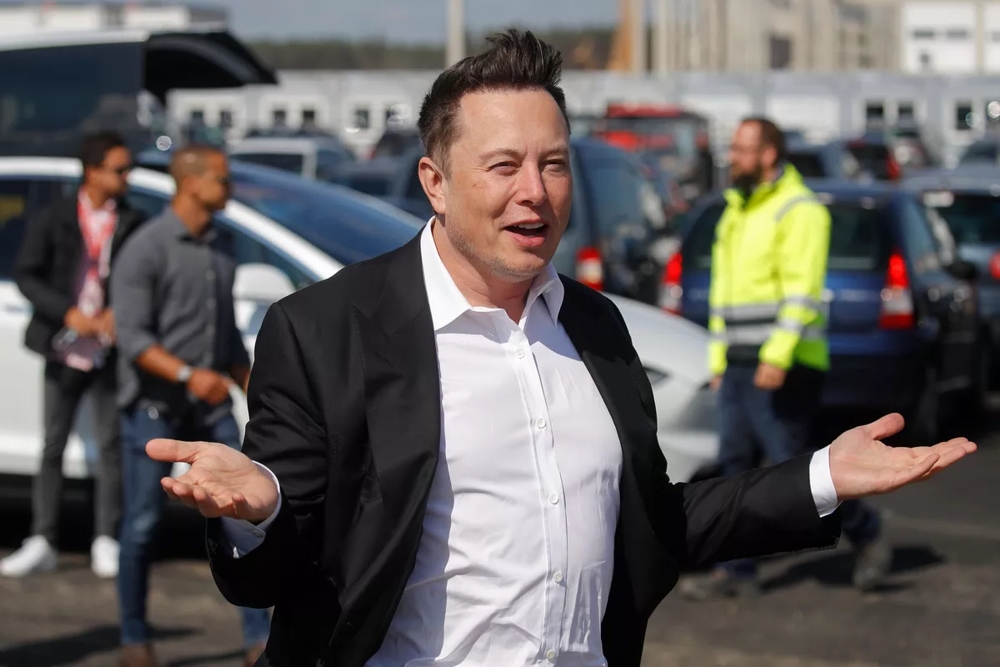 Elon Musk, head of the US technology company Tesla, has surpassed Amazon founder Jeff Bezos to become the richest man in the world.

The total wealth of the owners of Tesla and SpaceX has crossed 185 185 billion after the increase in the share price of the electric car company.

Related: How NIC Lahore is helping to turn your idea into a business

6 Best Secrets to the Success of Elon Musk

This role reflects the main idea of ​​Elon Musk’s attitude towards business.

Elon Musk is not against those who want to make money. He says he must run after wealth “provided it is moral and good”, but he says it does not encourage him to move forward.

His electric car company, Tesla, has performed particularly well. Shares of the company have risen over the past year, reaching more than 700 700 billion.

And you can buy companies like Ford, General Motors, BMW, Volkswagen, and Fiat Chrysler with only one company worth Tesla, and you will still have money to buy a Ferrari.

But Musk, who turns 50 this year, doesn’t expect to be rich until the end of his life (reaching old age). He thinks most of his money will be spent on building a base on Mars, and he wouldn’t be surprised if all his savings were spent on the project.

In fact, like Bill Gates, he thinks that if his life were to end in such a way that he had crores of rupees in his bank account, he would consider it his failure, because it would mean that he would have better that money Not used in style.

Related: How to Promote Your Business on TikTok

The base on Mars is a perfect example of what Elon Musk sees as the key to success.

“You want to make the future better,”. For that, you have to do these new exciting things that make life better. ‘

Take the example of SpaceX. Elon Musk told me that he set up the company because he was disappointed that the US space program was not as committed as it should have been.

“I kept expecting that we would go beyond Earth and take people to Mars, build a base on the moon and start regular flights to orbit,” he said.

When that didn’t work out, he came up with the idea for a Mars Oasis mission to send a small greenhouse to the red planet. The idea was to get people excited about space once again, as well as persuade the US government to increase NASA’s budget.

As he was thinking of moving away from the earth, he realized that the problem was not a lack of desire but a lack of guidance and resources. Space technology is more expensive than you think.

And that’s where the world’s cheapest rocket-launching business started.

And the important thing here is that this business was not started to make money, but to land a person safely on Mars.

Musk told me that he sees himself as an engineer rather than an investor, and says that what inspires him to get up in the morning and work is his desire to solve technical problems.

This is their measure of growth, instead of depositing dollars in the bank.

They know that if their business solves any obstacle, it means it will help everyone who was trying to solve the same technical problem.

That’s why shortly before our meeting, Elon Musk announced that he was opening up Tesla’s patents to speed up the production of electric vehicles around the world, which means that his own way of making electric vehicles. The car and whatever they know about it are ready to share with other car manufacturers.

Related: How to Start a Small Business Online in Pakistan

3. Don’t be afraid to do something big

One of the amazing things about Elon Musk’s business is how fearless he is.

They want to revolutionize the car industry, populate Mars, run high-speed trains in vacuum tunnels, integrate artificial intelligence with the human brain, and advance the solar and battery industries. Are

All of their projects are fantasies about the future that you may have seen in children’s magazines in the early ’80s.

Their tunnel business is called a boring company.

He does not deny the fact that books and movies he read as a child in South Africa had a profound effect on him.

Musk’s third business tip is “don’t back down.”

He believes that the structure of most companies lacks commitment.

He said that many companies are ‘incrementalists’. “If you’re the CEO of a big company and want to make some small improvements, but it takes longer than expected and it doesn’t work out well, no one will blame you,” he says. ۔ You could say it was my fault, not the supplier’s.

“If you are a courageous person and really want to improve but your plan does not work out, you will definitely be fired.”

That’s why most companies focus on making small improvements to their existing products, rather than daring to think of completely new projects, he says.

So their advice is to make sure you’re really focused on the important things.

There are two things that are most important to a smile.

First, they want to accelerate energy from fossil fuels.

“We are digging deep into gas fields and oil wells that have not received much attention since the Cambrian era,” he said. The last time it was worked on was long ago. So the question is, is this a wise move? ”

Second, they want to ensure the long-term survival of humanity by populating Mars and making life possible on more than one planet.

As I said, think big.

Related: Why You Need a Reliable Cloud Service for Your Business

4. Be prepared to take risks

You need more than luck to succeed in the affiliate business. But Elon Musk has more risks than others.

By 2002, he had sold shares in his first two business companies, including Zip2, an Internet city guide, and PayPal, an online payment company. He was about 30 years old at the time and had about ً 200 million in the bank.

He says his plan was to put half of his wealth into business and save the other half.

His new companies faced all sorts of difficulties. The first three launches of SpaceX had failed and Tesla had production, supply chain, and design issues.

“I had to make a choice,” says Musk. “I could have kept the money, but in that case, the companies would have run out, or I would have invested in what I had, and I would have had a chance.” ۔ ‘

He told me that at one point he was so indebted that he had to borrow money from friends to pay for his daily expenses.

So did the prospect of bankruptcy scare them?

What surprised Elon Musk, and who is still upset, was that his critics and commentators rejoiced at his failure.

“There were a lot of blog sites that were watching Tesla’s demise,” says Musk.

I told them maybe people wanted to see them fail because there is a kind of arrogance about their intentions.

They rejected it. “It would be arrogant if we said we were going to do it, but we said we wanted to do it and we would do our best,” he said.

It tells us about Musk’s next secret to success in business: “Don’t listen to critics.”

He told me that when he was setting up SpaceX or Tesla, he did not believe that he would ever make money from it and the truth is that no one else would have thought so.

But they ignored the disappointment and moved on.

Why? Remember this is the person who decides his success based on how many important problems he has solved, not how much money he has made.

Think of how free he is. He doesn’t care about the failure of a big project that has a lot of money in it, he looks stupid and how much money he’s wasted, but instead, he pursues important goals. Thinks about

This makes decision-making much easier because he can focus on what he believes is really important.

In October, US banker Morgan Stanley put the value of SpaceX at $100 billion.

The company has radically changed the economy in terms of spaceflight, but what Musk will be most proud of is how his company has revived the US space program.

Last year, his Crew Dragon rocket sent six astronauts to the International Space Station. This was the first space shuttle mission to leave the United States since retiring in 2011.

6. Enjoy life: Secrets to the Success

Follow this guide and with a little bit of luck, you will become amazingly rich and famous. Then you can slowly start to come out of your shell.

Elon Musk is known for his passion for work. They are proud to work 120 hours a week to keep track of the Tesla Model 3, but after our meeting, they seem to be enjoying life.

On social media, he has been the subject of much controversy due to defamation cases, drug use on TV, and angry responses.

In 2018, he got into a dispute with the US financial regulator when he tweeted that he intended to privatize Tesla and when Tesla was forced to close its San Francisco Bay Area factory during the Code 19 epidemic. When done, he emerged as a staunch opponent of anti-virus restrictions.

He called the panic over the virus “stupid” on Twitter and called the house arrest orders “forced imprisonment”, saying it was “fascist” and a violation of constitutional rights.

In the summer, he announced plans to sell his personal belongings, saying it would “lower your morale.”

A few days later, he took to Twitter to tell the world that he had named his newborn son X-A-12 Musk.

But it seems that his unpredictable behavior did not affect his business and he is still a determined entrepreneur.

In September, Musk claimed that within three years Tesla would make an automatic car worth $25,000, and he also said that soon all of the company’s new cars would be fully automatic or automatic. Will

And their year really ended with an explosion in December last year, when SpaceX tested its Starship launch vehicle. It is hoped that it will be the first to take humans to Mars.

The rocket exploded six minutes after the lift. Secrets to the Success

Elon Musk called the test a “tremendous” success. Secrets to the Success

Hybrid cloud is the foundation for business growth