Do you Know Windows 7 And 8 Support To Tnd For Ms The Next Week? Microsoft informed users in advance that support for Windows 7 would cease in 2020. Updates are only available to individuals who invested in an additional three years of extended security fixes. Microsoft will discontinue providing technical support and security for Windows 7 and 8.1 on January 10. The business will introduce Microsoft Edge 109 the following week, and these steps will be taken rather swiftly.

Similar to Microsoft, Google Chrome announced that it would stop supporting Windows 7 and 8.1 as of February 7.

Google, though, revealed it in October. Although Windows 7 and 8.1 won’t be supported, they will still function on compatible devices but won’t receive security updates and new features.

Read More: Everything You Need to Know about NFT Domains

On January 10, Webview2, which enables developers to incorporate Web content into their programmes, will stop operating. 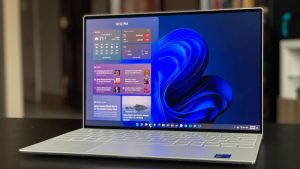 Microsoft issued a new threat to its customers over the discontinuation of Windows 7 and 8 when Windows 11 was first released.

In October, the Lansweeper survey of 27 million Windows machines was done, and the findings indicated that most PCs were running Windows 7, 8, or 11, rather than Windows 11.

Windows 7 and Windows 8-equipped computers will function just as well, although they may be more susceptible to malware. Future security issues could arise from being unable to update.

Microsoft announced the discontinuation of Windows 7 back in 2020. Users who purchased an additional three years of extended security have a safety net because they are still eligible for upgrades.

Windows 10 and 11 will be available for free download on devices running Windows 7 and 8.1. Microsoft has encouraged customers to upgrade to new Windows till January 10 in order to ensure uninterrupted use.

Devices with Windows 7 or 8.1 can download Windows 10 and 11 for free. Microsoft advises that you replace your device before January 10th in order to prevent security issues.

How a VPN Enhances Online Privacy in the Modern Era

The New Work’s 5 Benefits of a Leave Management System

Features of GitLab and its application in 2023

To Disable Sportsbooks If Visiting in Asia or Pakistan

What is Best way to Get a Broken IPhone Fixed?

Everything You Should Know About Car Removal

Screenshot on Alienware Computer: How to Take It?

A Short Guide on Boosting the Speed of an HP Laptop

You Can Purchase Cheap Smartwatches in Australia