Although the introduction of Samsung’s eagerly awaited Galaxy S23 series is rumoured to take place in February, the South Korean tech giant has yet to announce the date of its Galaxy Unpacked event. However, Samsung Columbia may have unintentionally exposed the event’s date as February 1 in a recent slip-up.

This most recent development is consistent with past rumours and leaks, including one in which Ice Universe, a tipster, suggested that the Galaxy Unpacked event would occur on February 1st, 2023. The event is scheduled for February 1st, according to Samsung’s official Colombian website via 9to5Google.

Read More: External Links in Excel; How to Find and Edit? 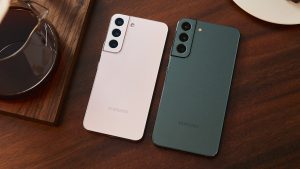 With images of leaves and lilacs hinting at the rumoured colour names that have recently leaked, Samsung Columbia’s teaser for the upcoming Samsung Galaxy S23 series also shows off the new camera design. If the recently leaked renders are to be believed, the S23 series models may retain the S22 Ultra-style lens system, with a reminiscent back design to back it up.

With less than a month until Samsung’s upcoming phone launch, rumours surrounding the Galaxy S23 are already in full swing. Therefore, we wanted to discuss what is already available as well as what we hope to see from next smartphones. Before the Galaxy S23 becomes available, here is what you need to know about it.

Previous speculations said Samsung would introduce the Galaxy S23 series this year sooner than normal. The teaser poster, which appears to be an official photograph, also showcases a brand-new Galaxy S23 series camera design. The poster also features images of leaves and lilacs in the corner, which alludes to the impending colours for the S23 line-up in addition to the new camera design.

The teaser doesn’t give away much, but it does show the new camera design and, in the corner, images of leaves and lilacs that allude to the names of the previously published hues. In recent weeks, images of the Galaxy S23 series have surfaced online. All three models include a lens with the S22 Ultra design.

Last week, renders of the Galaxy S23 and Galaxy S23 Ultra that appeared to be officially produced emerged. We can anticipate seeing the smartphone in Cotton Flower, Misty Lilac, Botanic Green, and Phantom Black, according to the leaked renderings.

There are still many unknowns regarding the Galaxy S23 Ultra’s specifications, although it is rumoured that Samsung would use the most recent 200MP camera ISOCELL HP3 sensor. The Galaxy S23 and Galaxy S23 Plus’ 50 MP primary camera is believed to sport an upgraded lens. The Qualcomm Snapdragon 8 Gen 2SoC, which powers all three models, may put an end to Galaxy S handsets with Exynos processors in Europe and several Asian nations.

According to numerous sources, the phone would include a 200-megapixel primary camera. Both variants are speculated to include the Qualcomm Snapdragon 8 Gen 2 chip, which was created using TSMC’s 4nm manufacture process. Without a doubt, the potent processor improves the overall CPU and GPU performance of smartphones.

Additionally, there may not be a significant RAM update for the standard Galaxy S23 units. According to reports, just like their predecessors, the Galaxy S22 series, they will only offer 8GB RAM variants. However, a model with 12GB RAM and 1TB of storage may be released for the Galaxy S23 extreme.

phone’s camera to take great photos: How to use

How a VPN Enhances Online Privacy in the Modern Era

The New Work’s 5 Benefits of a Leave Management System

Features of GitLab and its application in 2023

To Disable Sportsbooks If Visiting in Asia or Pakistan

What is Best way to Get a Broken IPhone Fixed?

Everything You Should Know About Car Removal

Screenshot on Alienware Computer: How to Take It?

A Short Guide on Boosting the Speed of an HP Laptop

You Can Purchase Cheap Smartwatches in Australia