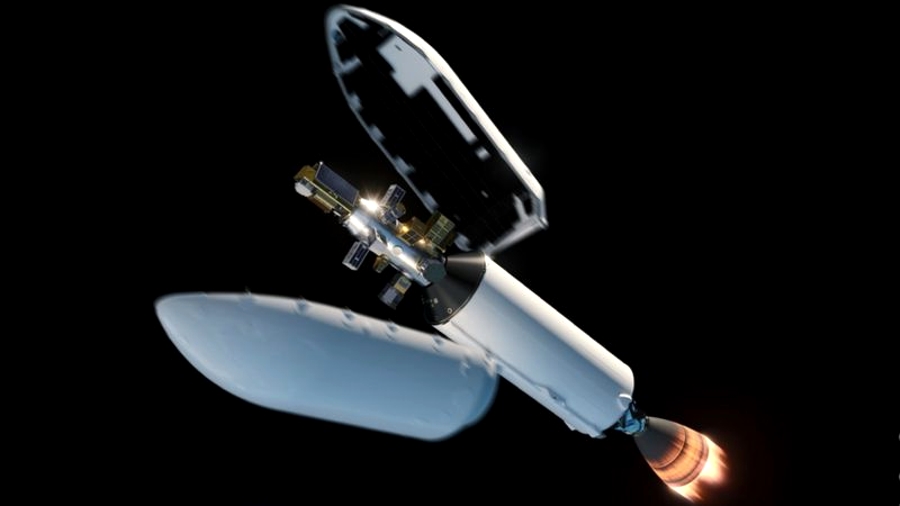 The world record for sending the most satellites into space by a single rocket has been set. 143 satellites of various shapes and sizes were launched from Florida by the SpaceX Falcon Rocket.

The previous record was 104 satellites launched by an Indian rocket in 2017.

It is also a testament to the fact that space activity is undergoing major structural changes, with more players now joining the movement.

This change is due to the low cost, small and durable electronic parts that are taken directly from ordinary consumer electronics such as smartphones, which means that anyone can now afford a viable package in a very small package. Can build a satellite.

And SpaceX is launching these satellites for just 10 1 million, which will create more commercial opportunities.

SpaceX had 10 of its own satellites on the Falcon rocket, the latest addition to its StarLink communications system.

The purpose of this communication system is to provide a broadband internet connection to the whole world.

The San Francisco-based Planet Company sent the most, 48 satellites, into space.

It is a new fleet of SuperDovo satellite models that captures images daily at a resolution of 3 to 5 meters above the ground.

With the new satellites, the company now has more than 200 satellites in orbit.

Superdow satellites are like shoe boxes. Many of the other satellites on the Falcon rocket were barely larger than a mug, and some were smaller than a book.

Swaram Technologies is launching what it calls ‘spacebases’. Their size is only 10 cm by 10 cm by two and a half cm.

They will provide communication services for everything on the ground, such as animals moving from one place to another, to shipping containers.

Some of the larger items in the Falcon Rocket were the size of a suitcase. They had several radar satellites. Radar has benefited the most from the revolution in the manufacture of electronic devices.

Traditionally, radar satellites were large and weighed several tons and cost tens of millions of dollars to launch into space, which meant that only forces or space agencies could afford to operate them.

But new materials and smaller parts have dramatically reduced their size. They now weigh less than 100 kg and cost only around 20 2 million.

Finland’s Ice Eye, the United States’ Capella and Umbra, and Japan’s IQPS also flew the SpaceX rocket on Sunday. These startups are setting up a cluster of satellites in orbit that will take frequent pictures of the Earth.

Unlike a normal camera, radar has the advantage of being able to break through clouds and observe the earth’s surface by day or night. We are now entering an age where any change on Earth, wherever it may be, will immediately come to our attention.

The Falcon has launched 143 satellites in an orbit 500 km high that travels from pole to pole. If you take a lift from a large rocket into orbit, the disadvantage is that you have to go where the rocket is going, and for some satellites, it may not be the ideal orbit.

Many satellite missions will need an orbit that is below or above this level in space, or at a different angle than the equator.

This can be achieved by mounting on the satellite’s ‘Space Tugs’ which emerges from the very top of the rocket and modifies the final parameters of its ‘riders’ over several weeks. Two such tugs were carried on the Falcon on Sunday.

But for some missions, a pre-booked ride will be the only satisfactory solution. That is why we are now seeing a lot of efforts to develop small rockets that can run on specific flights.

Now that satellites have begun to orbit in turn and are accelerating, the issue of space traffic management is becoming a hot topic.

Complete collisions with each other are currently in the rare category, but surprisingly large numbers of satellites will now also experience sudden, unexpected speed changes, probably from some of the smaller fragments of previous missions. Injuries can result.

The space sector will need smarter ways to track and avoid pieces flying in orbit in a timely manner. Otherwise, some surfaces of the space may become unusable due to dangerous fragments.

PTA SMS Service: How to block messages and calls?