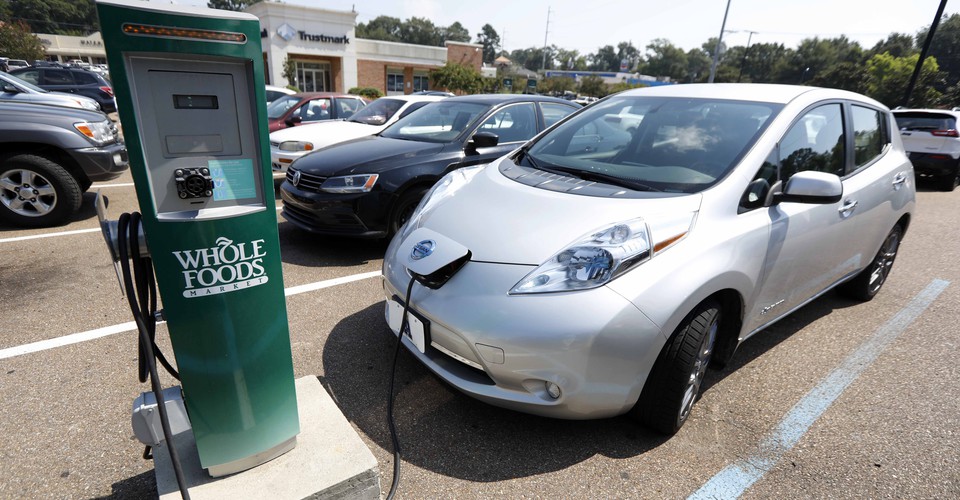 Electronic Cars hold a leading advantage over conventional ones in terms of maintenance. This is especially true in the newer electronic vehicles which require less tender loving care to keep them functional. Specifically, a conventional gas car requires a great deal of maintenance to remain fully functional. Often, requiring yearly or biyearly maintenance checks for damaged or failing parts. One example of this is the oil change which has to be attended to regularly.

The amount of time between oil changes depends on the model and age of the car. Some vehicles require it only once a year while others two or three times a year. The reason for this is that oil degrades over time and through use. Also, the oil serves a vital role as a lubricant between moving parts in the engine. When the oil can no longer lubricate these moving parts, they will rub against each other. The result would be the same as a knee without cartilage, actually, it would be worse. However, Electronic Cars don’t require oil changes. In fact, most of the maintenance that goes into conventional cars is not required by them. That is not to say that they don’t require maintenance, they do. However, Electronic Cars maintenance checks would be spread out so far that the owner might forget when the last check occurs.

Electronic Cars are also making great strides in safety to at least equal if not surpass conventional cars. While the original Electronic Cars were not as safe as conventional cars this is no longer the case. Manufacturers have worked very hard to improve not just structural but also other potential dangers. One such danger point is improving the battery to prevent combustion. Additionally, they all have to face the same tests that their conventional counterparts do. Including, the same battery of crash tests. Another point is the fact that some Electronic Cars possess features to help prevent crashes that many conventional cars lack. To be fair this is because the majority of the cars on the road predate that technology.

While there is some debate over how environmentally friendly Electronic Cars are, they are more so than conventional ones. The most noticeable area is greenhouse gas emissions. This means they would have less of an overall environmental impact. Another area that Electronic Cars are environmentally friendly is noise pollution or lack thereof. They give off very little if any noise compared with a conventional car. Indeed, most of the noise an Electronic Cars gives off comes from the tires on the road. Leaving aside the argument about global warming this would definitely be an improvement for most cities.

If the majority of cars in a city were electronic the noise from car engines will be reduced to zero. In fact, the only imaginable noise city filled Electronic Cars would horn in rush hour deadlock. Additionally, the air quality percentage would improve significantly. Even less than the hybrid cars described Here.

Electronic cars still lag behind in one vital area when compared to conventional cars, refueling. The owner of a conventional car has to only drive up to the gas pump, pay, and then fill up the tank. Depending on how much gas is still in the tank the process will run from seconds a couple of minutes. Additionally, it is easier to find gas stations for conventional cars. While there are some areas where gas stations are hard to find that is the exception, not the rule. Usually, gas stations are so close to each other that the driver doesn’t have to worry about running low on gas.

On the other hand, Electronic Cars for the most part still have a range of under 250 miles before recharging. It is true, that most of them can charge from a house electrical outlet. However, charging Electronic Cars in this manner takes several hours. Even if an Electronic Cars owner has access to a fast-charging station the shortest wait time is 15 minutes. Additionally, fast-charging stations for electric cars are few in number and random spread out. Currently, this means that drivers of Electronic Cars have to plan their trips around very limiting factors. That being said, if demand for them continues to grow more fast charging points will become available. Also, as technology improves the amount of time it takes to charge the batteries will decrease.

Electronic Cars are now becoming more common due to constant innovations by the manufacturers. While this is standard practice with any car manufacturer it is especially true for electronic cars. A decade ago, most of them could only go 100 miles before needing to recharge. Additionally, early models of Electronic Cars lacked variety not to mention driver-friendly features. Now, there is an impressive range of models from practical hatchbacks to luxury sedan. In fact, many companies are pushing the boundaries further such as Tesla. They recently revealed their newest electronic car is a pickup truck, which would be the first fully electric one.

Electronic Cars as they stand now our barely leading over their conventional counterparts. However, given time this will change as manufacturers improve their designs and the demand for the cars grows. This can be seen in the evolution of the electronic car from its first variation to current models. Starting out it at barely more than testbed to a wide variety of luxury non-luxury models. Also, they were rather costly compared to their conventional counterparts. They now are still pricing many manufacturers produce cars closer to the average price range of most households. The demand will also grow as the technology improves and more fast chargers are set up. Electronic Cars as with all new technologies will win the race and leave the old cars in the dust.

Fashions fade, but the style is eternal, so ace it with Black!

STEM Education: How to transform the young mind into Innovators?

WiFi 6: What you should know about this technology