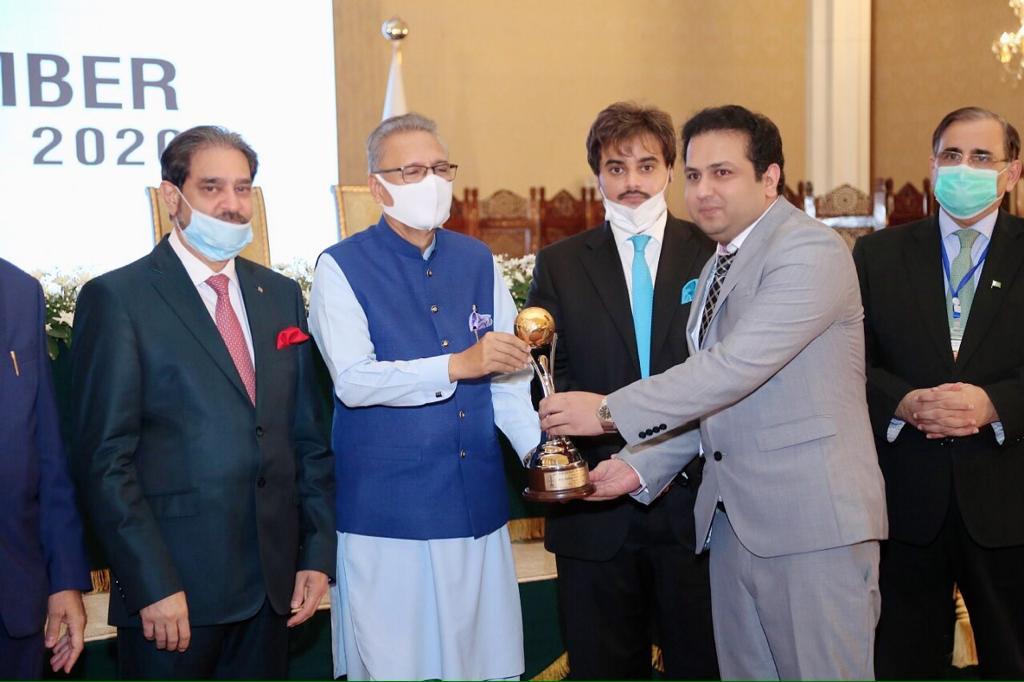 Islamabad: TechAbout, a renowned IT company, was awarded the Presidential Exports Trophy 2020 for tremendous achievement in exports, a ceremony held at Aiwan-e-Saddar in collaboration with LCCI.

His Excellency, President of Pakistan Dr. Arif Alvi, awarded the trophy to Jazib Zaman, CEO of TechAbout, at the Aiwan-e-Saddar. The Presidential Exports Trophy award is awarded on the basis of remarkable performance in improving the economic position of the country by the record exports.

Speaking to the participants of the LCCI Executive Committee and business community present at the event, President Arif Alvi highlighted the potential of the IT sector to drive growth in the economy, artificial intelligence in agriculture, and bolster the country’s foreign exchange inflows. He spoke of the government’s efforts to digitize the economy to improve transparency and IT investments. President Arif Alvi, in his speech, congratulated Jazib Zaman, CEO of TechAbout, on achieving this award as it was the only IT company that won the Presidential Exports Trophy 2020.

Shopify vs WooCommerce: Which is Better for Your Online Store?

The Ultimate Guide To PPC Explained By Absolute Digital Media

Top 9 Growth Hacking Strategies Every Startup Must Try Out

Explore Varied Uses of Instagram as a Social Media Platform

Shopify vs WooCommerce: Which is Better for Your Online…

The Ultimate Guide To PPC Explained By Absolute Digital…

Top 9 Growth Hacking Strategies Every Startup Must Try Out